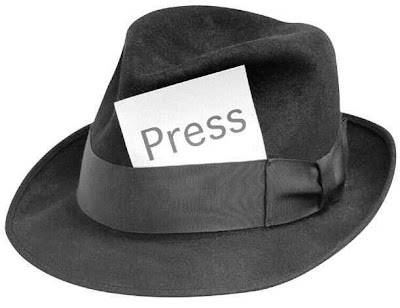 On Monday the news lopped £900m off Tesco's market value after The Sunday Telegraph spotted Uwins' blog, prompting investors to fret that Tesco could be the latest British company to come unstuck across the pond.
It was evidence, if it were needed, that business web logs should come with a corporate health warning.
Some company blogs, such as those by Google and Innocent, the drinks company, have won plaudits, but some businesses have leapt into blogosphere with all the grace of grandad at the disco, while some company bosses have been guilty of the ultimate blogging crime: using ghost-writers.
Web auction giant eBay meanwhile has hired social media veteran Richard Brewer-Hay in an experiment designed to repair the company's battered reputation amid the cacophony of complaint from eBay merchants over the site's upcoming fee and policy changes. In a risky bid to dispel concerns that they were not listening to users' feedback, eBay has invited Brewer-Hay to pen an unedited daily blog called eBay Ink about what he uncovers as he moves freely around the $42bn (£21.2bn) company. It promises to be a fascinating experiment.
No British company has tried anything so daring yet but Mark Price, managing director of Waitrose, concurs that blogs should be frank and unfettered by PR guff. On January 1, the robust-looking shopkeeper began blogging about his efforts to lose 30cm from his waistline by Christmas.
The Grocer's Blog has entertaining entries including one on his spring holiday in Dinan: "I now believe The People's Republic of France to be the last Communist state in the world. On my visit before last, the taxi drivers were on strike. This time round, newspaper distributors, amongst others, decided to walk out, meaning I was unable to do the Telegraph Sudoku with a cup of coffee on holiday."
Fellow retailer Charles Dunstone admits that he has stopped the blog he launched two years ago to coincide with the launch of Carphone's TalkTalk broadband offering.
As the launch drowned under a deluge of customer complaints, Dunstone's entries became increasingly apologetic and less frequent, thus breaking a key rule of blogging: regular entries.
Instead Carphone has created a site called TalkTalk Members which provides an interactive forum for its broadband users, satisfied and otherwise, and gives hourly updates from engineers about how different parts of the network are performing. "I thought the only way to convince people about what we were doing was to tell them the whole truth," he says.
"We have radical transparency within TalkTalk, it is beyond blogging - we don't spin any info for our users who can write anything they like."
Such transparency is not without risks. Just ask Tesco.
Fresh & Easy Buzz editor's note: The Telegraph piece mentions the "grocers blog," which is written by Mark Price, the Managing Director (CEO UK style) of Britain's upscale Waitrose supermarket chain. You might enjoy reading these two pieces about Price and his Waitrose blog, which is on the grocery chain's website.
Posted by Fresh & Easy Buzz at 7:13 PM