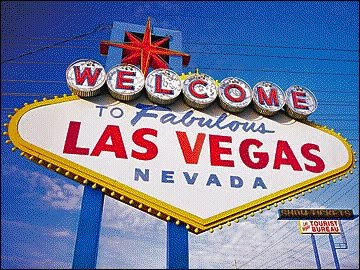 The Las Vegas, Nevada Metropolitan region, an urban and suburban area of about 1.7 million residents, is one of three market regions (Southern California and the Phoenix, Arizona and East Valley regions being the other two) in the U.S. where Tesco is currently operating its small-format, convenience-oriented Fresh & Easy basic discount grocery, fresh and specialty foods format grocery stores.
There currently are 59 Fresh & Easy grocery stores open, with two more scheduled to open in the next two weeks. Once those two stores in the pipeline open, no other Fresh & Easy grocery markets are set to open until July.
Tesco recently acquired ten former Rite Aid drug stores (empty buildings) in the Las Vegas region, and the retailer is in the process of converting the stores to its 10,000 -to- 13,000 square foot Fresh & Easy grocery market format.
We reported here last Saturday on the grocer's plans to take a three month new store opening "pause," based on a post in Fresh & Easy's corporate marketing blog.
We've also discussed what we call Fresh & Easy's "critical mass"retail strategy, in which the grocery chain is focusing on defined geographical regions (the three above plus Northern California coming up) in its store rollout program, opening stores fairly close to each other relatively speaking, using a strategy similar to that of Starbucks and the drug store chains Wallgreen's and Rite Aid, for example. The theory being: have enough stores in a defined geographical area so that Fresh & Easy can become either the de facto neighborhood grocer or the neighborhood grocery market of choice.
Vegas is a key region for Fresh & Easy, which is why it decided to acquire the ten empty Rite Aid locations. It's all about "critical mass."
One of the Las Vegas Metro region's daily newspapers, The Las Vegas Review Journal, has a story in today's edition which provides a good local angle on Fresh & Easy in the region. You can read the article here.
Editor's note: We happen to know a little something about those ten former Rite Aid stores in the region. This includes the fact that a number of the stores were closed because they were underperforming locations. Based on this fact, we are a bit skeptical about the ability of a number of those store locations to perform well as grocery stores; of any kind. We plan on writing more about this soon.
Posted by Fresh & Easy Buzz at 1:08 PM