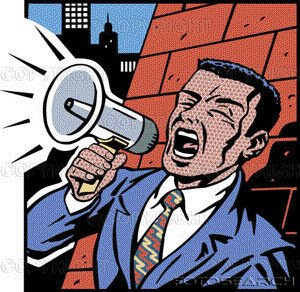 Brandon C. isn't a big Fresh & Easy fan. "I did not find Fresh & Easy Neighborhood Market to be fresh or easy, he says, writing at the online review site yelp.com. It seems Brandon bought a package of Ciabatta bread rolls one day. The next day, when he was ready to dig into the rolls, he says they were already bad--"gone south," to quote him. He says when he checked the "sell by" date, the package had already reached it's experation date before he bought it.
This isn't the first we've heard of code dating--and freshness--problems at Fresh & Easy, by the way. It's frequent. Frequent enough in fact that the grocer has now started a markdown program in some of its stores in which it offer various percentage discounts depending on how close to the experation date a fresh product is. Fifty-percent reductions aren't uncommon since this markdown experiment started recently in some stores. Not a good sign.
Unlike Brandon though, Debbie T. of Los Angeles loves the Fresh & Easy store she shops at, she says. Some of her reasons why: "Yum, (prepared) Chicken Marsala for only $3.99," she says. "Guava nectare. I made guava margaritas (with it) last weekend. Chocolate chip cookie dough. Good raw, even better baked," she says.
Debbie T. says: "I'm really impressed with the Fresh & Easy, and so is my neighbor. The place is clean, convenient, and the food is really good, and you cannot beat the prices. A wonderful addition to the neighborhood,"she says.
Ben C., also from Los Angeles, thinks Fresh & Easy "is awesome." He also says he thinks the fresh produce and prepared foods are better than those at Trader Joe's.
However, Maximillian M. from Los Angeles is more in the Brandon C. Camp vis-a-vis Fresh & Easy. A few words from Max: "I couldn't help giggle at the name Fresh & Easy. It reminds me of how one would describe a really bad couple who weren't meant for each other." He says Trader Joe's doesn't have much to worry about."
In addition to the points of view of the four consumers discussed above, you can read what nine more Fresh & Easy grocery store customers have to say--their likes, dislikes, suggestions for improvement--here
Posted by Fresh & Easy Buzz at 7:11 PM