Is Sonoma County Next on Fresh & Easy's Northern California Radar Screen? Yes it is 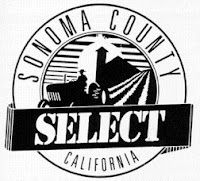 As we reported here on Wednesday, January 30, Tesco's Fresh & Easy Neighborhood Market has locked up leases for 18 stores in the San Francisco Bay Area region of Northern California, and plans to open its first stores in the region in late 2008 or early 2009. (Click here to read our January 30 piece.)

We've now learned from three good sources-- an area commercial real estate broker, a city government official and a local grocer, that the north Bay Area county of Sonoma is high on Fresh & Easy's store location radar screen, and that the retailer could sign leases for at least two stores in the county soon. Sonoma County has about 600,000 residents.
Sonoma County, know for its wine grape-growing and making, specialty agricultural and foods producers, rugged beauty and tourism, is located about 35 miles north of San Francisco and right next door to its wine-making kissing-cousin Napa, where Fresh & Easy has already signed a lease for an empty building (former home to an independent grocery store) which it will remodel for one of its Fresh & Easy stores.
Our sources tell us one store will likely be located in the historic city of Sonoma, the county's namesake community. Another will be located either in nearby Santa Rosa or in Petaluma, they told us. It's possible stores could be located in all three of these cities.
The locations make perfect since because they are part of Fresh & Easy's Bay Area strategy to "ring the Bay Area" with stores. The Sonoma County stores would help in completing that puzzle in the northern region of the Bay Area, along with the already announced Napa store.
A Fresh & Easy spokesperson did confirm to us that the grocer is looking hard at Sonoma County and said it would "be logical" for the retailer to "eventually" locate stores in the county. He didn't confirm any of the specifics we are reporting here however.
The major food retailing players in Sonoma County are Safeway Stores, Inc. and Lucky, which formerly was Albertsons and is now a division of 250 store Modesto, California-based Save Mart Supermarkets.
Additionally, there are two Whole Foods Market stores in the region, Trader Joe's, Raley's, an upscale grocer based in nearby Sacramento which has 120 stores in Northern and Central California, and numerous progressive independents including two-store G&G Market, high-volume natural/specialty foods retailer Oliver's Market, and Sonoma Market, an upscale local independent grocer with two stores in the county and a very strong local customer base.
Posted by Fresh & Easy Buzz at 7:01 PM