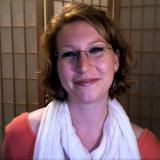 DeRuiter will be responsible for the strategy, coordination and management of the 172-store chain's presence in social media, as well as coordinating social media use within the various departments at Fresh & Easy.

The retailer's public relations and marketing staffs also conduct social media-based outreach campaigns to a group of foodie and mom-bloggers, regularly sending them free packages of store brand products, asking the bloggers to write about the items in their blogs and post about Fresh & Easy on their social media sites.

Fresh & Easy also invites the bloggers to various food and wine-oriented special events, where it "wines and dines" the bloggers and social media-users, in the hope they'll help get the word out and create some word-of-mouth buzz about the grocery chain.

Prior to joining Fresh & Easy, Nicole Deruiter was an account executive a Matrixx Pictures.

Before that she was a manager of emerging media for online florist Teleflora and a senior account executive at marketing-public relations firm PCGCampbell.

In addition to her background in the public relations field, Deruiter has prior work experience in radio and television production.

Fresh & Easy Neighborhood Market's new social media maven is a graduate of the University of Southern California's Annenberg Program on Online Communities, a 12-month graduate program focused on web-based social/new media skills and program management at the university's Annenberg School for Communication & Journalism, where she earned a Masters of Communications Management degree. Ms. Deruiter has a bachelor's degree in broadcast and public relations from Central Michigan University.

To date, social media duties at Tesco's Fresh & Easy have primarily been a shared effort between the grocer's in-house marketing and public relations teams and one of its outside public relations agencies, APCO Worldwide.

Sallie Boorman, an account manager who works out of APCO's Sacramento, California office, has been a key player in helping Fresh & Easy establish and maintain its social media presence, particularly on Twitter and Facebook.

In 2009, Boorman also stepped in to help bring back to life Fresh & Easy's corporate blog, which was suffering from extreme infrequent posting neglect at the hands of its creator and at the time only poster, director of marketing Simon Uwings.

Today Boorman, Wonnacott and Fresh & Easy Neighborhood Market staffers Stephanie Patryla and Gary Turner each post semi-regularly on the company blog. [Read - March 29, 200: Things Are Improving Over at the Fresh & Easy Corporate Blog: Perhaps They've Been Listening to Us?; and February 17, 2009: Getting By (Much Better Now) 'With A Little Help From My Friends:' New Talent On Board the Fresh & Easy Corporate Marketing Blog One Year Hence.]

Before being hired as Fresh & Easy's public and governmental relations chief last year, Wonnacott worked for APCO Worldwide, where he was a manager. He's been Fresh & Easy Neighborhood Market's corporate spokesman since 2007. However, he did so as an APCO Worldwide employee, until the Tesco-owned grocer hired him last year.

Fresh & Easy began advertising for the social media/public relations manager position early this year. It's a part of the grocer's efforts to beef-up its in-house public and community relations team. That process began with the hiring of Wonnocott last year.

According to our sources, Fresh & Easy Neighborhood Market created the new social media-focused public relations manager position and has made the new hire, in large part because the grocer wants to better connect with customers and potential customers via cyberspace and its various online social communities.

For example, Fresh & Easy, taking a page from the marketing playbooks of popular grocers Whole Foods Market and Trader Joe's, has beginning earlier this year increased its use of storytelling - telling stories about the makers of its private brand products, for example - as a way it hopes will help it to better build the overall Fresh & Easy brand.

As an example, Fresh & Easy has increased it's use of brief videos and other forms of storytelling as part of this strategy and practice, featuring the stories in the fortnightly online promotional missives it sends to members of its e-mail-based "friends of fresh & easy" group., along with in other communications venues.

One of the missions of the new social media manager will be to use social media in an integrated way to help communicate these stories as part of the grocer's increased efforts to build the Fresh & Easy brand.

Good scoop. I work at F&E HQ and hadn't heard about the new hire. Asked about it today and was told it is true.