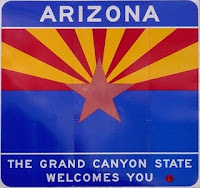 On July 19, we reported that Tesco's Fresh & Easy Neighborhood Market was planning to launch a Twitter.com-based trivia/treasure hunt-oriented consumer promotional contest for its 34 stores in Metropolitan Phoenix, Arizona, beginning on July 30.

Fresh & Easy kicked the promotional contest off on July 30, as we reported it would.

In the contest, the grocer posts three Tweets each day on its @fresh_and_easy Twitter feed. The Tweets are "clues" (the trivia aspect) about one of its stores in Metro Phoenix. Based on the Tweeted clues, 'Twitter Tweeps' and Arizona shoppers are to figure out which of the 34 stores are being referred to. Once a person determines the specific store and answer, they then visit the Fresh & Easy Kitchen Table in the store, where they tell the clerk working in the area what the clue or promotional code from the Tweet is (the treasure hunt aspect.)

If the person doing the above is one of the first ten people to do so at that particular Fresh & Easy Arizona store that day, they win a $50 Fresh & Easy Neighborhood Market gift card. There are 10 winners each day of the contest. (You can view the rules here.)

Now in its fourth day, the contest appears to be generating interest.

Fresh & Easy Neighborhood Market is using the Twitter hashtag #FEAZ to track Tweets about the contest. If you use twitter, you know how to find it. If you're not a Twitter user, you can go to twitter.com/fresh_and_easy. A couple of winners have offered "Winning Tweets" about their $50 gift cards. Also, Fresh & Easy has posted a picture here of the first winner in the contest.

As we mentioned in our July 19 piece, promotions like this one, as well as others, are something Tesco's Fresh & Easy Neighborhood Market needs to be doing on a regular basis in order to create excitement in and around its 159 existing fresh food and grocery stores. Such promotions are additive, meaning the parts - regular and comprehensive promotions and special events - eventually help to create a whole, which becomes the way in which shoppers view a grocer.