Friday Free-For-All: The Recession Dictionary: The New Recessionary Economy Requires New Words to Explain and Deal With it 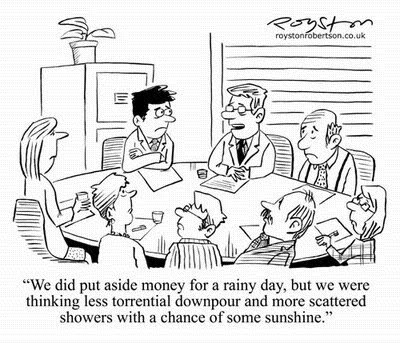 Since we are in a new period economically in the U.S. -- recession and perhaps even depression 2.0 (depression 1.0 being the great depression of the 1930's) -- it only makes since that a recessionary vocabulary would start to emerge, which it is.

After all, language through the use of words is the primary way humans express ourselves, in good economic times and bad.

Language, including the creation of new words, phrases and idioms, also is a cultural way for people to express and explain their current state of being. It's also our primary way of communicating to our fellow human beings and institutions -- business, government -- what we're feeling and experiencing.

But sometimes existing words just don't do it.

And when new linguistic forms and idioms do emerge, it suggest the times people are living in are exerting such a strong force on their lives that new words, phrases, sayings and expressions are needed to fully explain those times.

The creation of new words, phrases and the like also is adaptive. It demonstrates that people are thinking about the times, in this case bad ones economically, and looking for ways to understand and express themselves in such times. And it's no accident that some new words created in bad economic times, like they are in times of war, for example, are humorous, since humor is an age-old way in which we deal with bad times. It's adaptive.

So is the case in the new recessionary economy.

Since Fresh & Easy Buzz prides itself on attempting to being hip to the most current trends, be they in business, culture or society (which are all interrelated), and sharing such trends with our readers, we bring you "The Recession Dictionary: New words of the new economy." Click here to view the video. Or view it here: The Recession Dictionary. ABC's Alice Gomstyn reveals the new words of the new economy.
Posted by Fresh & Easy Buzz at 8:04 PM