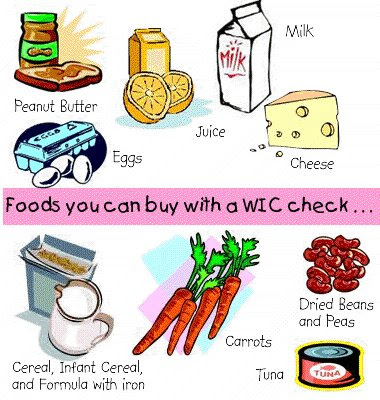 The $410 billion spending bill signed by President Obama last week provides a whopping 21% increase (an extra $1.2 billion) for the WIC supplemental nutrition food program for woman and children. The spending bill funds the government until September, 2009.

The added $1.2 billion will be used in part to increase the dollar value amount of the WIC (Women's, Children and Infants) vouchers currently distributed to the poorest of the poor mothers currently receiving the assistance from the federal government.

Additionally, the $1.2 billion WIC program budget increase will also be used to provide supplemental food assistance for the many new mothers signing -up for the program due to the recession and increasing unemployment throughout the U.S. Many working mothers are asking for the assistance for the first time because of job losses and other economic struggles in the current economy.

WIC vouchers are given to low-income mothers who qualify and can only be used to purchase specific foods. These specific items include infant formula, low-fat and non-fat whole milk, eggs, whole grain cereals, peanut butter, canned tuna, certain varieties of cheese, fruit juices, fresh produce and other nutritious products.

The federal government has been experimenting with including a select number of fresh produce items in the program for close to a year, and has decided to make the fresh fruits and vegetables a permanent part of the qualifying items that can be purchased using the vouchers, which look similar to a paper check and are processed by grocery store clerks in the same way they process paper checks.

The vouchers are the only way most low-income mothers who qualify for the WIC program can provide infant formula and nutritious foods to their infants and toddlers. And since the vouchers specify the items that can be purchased, it's a good system in that it makes sure the most needed items are provided to the children. Food stamps can be used to purchase most consumable items with a few exceptions.

For grocers accepting the WIC vouchers are a positive since most of the items mothers are allowed to purchase using them have higher price point products like infant formula, whole milk and cereals.

Additionally, the vouchers stimulate sales of items like infant formula that many grocers wouldn't otherwise sell much of.

Further, most mothers who use the WIC vouchers buy the majority of their groceries at the stores where they redeem the vouchers. If they also get food stamps, they will most often use the stamps at the same store. They also regularly use cash at that same store to buy the non-food items not allowed with either the WIC vouchers or food stamps.

You would be hard-pressed to find a grocer that accepts WIC vouchers (about 99.5% of them do in the U.S.) who would stop taking them because of the labor involved in doing so.

Accepting the WIC vouchers is also a social and economic compact between the U.S. food retailing industry and the U.S. federal government.

The grocery industry and its trade associations endorse the WIC program and encourage all food retailers in the U.S. to accept the vouchers and to advertise that they welcome their use in the stores. Nearly all U.S. supermarket chains, mass-merchandisers and independent grocers post signs in their stores saying the accept WIC vouchers as well as including text in their weekly advertising circulars advertising the same. Many farmers' markets also accept WIC. A number of convenience and drug stores accept the vouchers as well.

The U.S. food and grocery retailing industry believes accepting the vouchers is the right thing to do, along with being a smart thing to do from a sales and customer service standpoint. That's why nearly every grocery store in America honors WIC vouchers.

The added $1.2 billion for the WIC program is being distributed right away, according to the federal government, since the demand for the vouchers is currently so high.

That's good news for most grocers, since the additional $1.2 billion all will go to retailers of food, since the vouchers are for specific food items only.

Since California, Nevada and Arizona are in the top ten of U.S. states hit hardest by the recession, unemployment and the housing foreclosure crisis, the three states have among the fastest-growing number of poor mothers seeking assistance from the WIC program. The added monies will go a long way towards filling the need in the three states. The extra WIC money also will give a small shot in the arm to grocers in the three states. Every little bit helps.

The added money also will give a small boost to milk producers, infant formula marketers and those companies producing fruit juice, cereals and fresh produce, since those are the main categories of products purchases with the WIC vouchers.