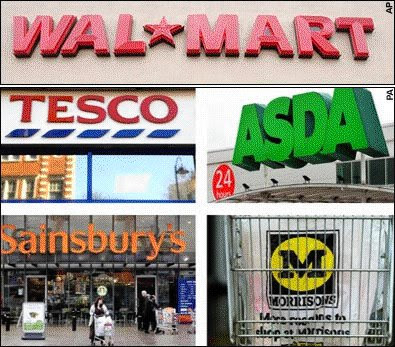 Today's UK Daily Telegraph newspaper is reporting U.S.-based Wal-Mart, which owns the Asda supermarket chain in the United Kingdom, was the whistleblower behind the recently launched investigation into alleged price-fixing of food and grocery products by the nation's Office of Fair Trading (OFT).

The probe by the OFT involves the UK's "big four" supermarket chains: Tesco, Sainsbury's, Morrisons and Asda. The investigation into the alleged price-fixing schemes also involves over 100 leading food and grocery brands in the UK, owned by such global giants as Coca-Cola, Proctor & Gamble, Unilever, Cadbury and others.

In terms of the supermarket chain's involved in the probe however, today's Daily Telegraph report says as part of its whistle-blowing deal, Wal-Mart and its UK Asda division has been given immunity by the OFT should the investigation discover any cartel activity and a fine is imposed on the supermarket chains.

Any company found guilty of cartel activity could be fined under UK law by as much as 10% of its annual gross sales. A fine of 10% of Wal-Mart's annual sales would amount to $37 billion. A fine of 10% for Tesco PLC would cost the retailer about $7 billion.

It's important to note there currently is no accusation any of the supermarket chains or suppliers have worked together in any price-fixing schemes. Rather, a probe into whether or not this has occurred has been launched by the UK's Office of Fair Trading.

Below is the Daily Telegraph's coverage on the issue and probe: 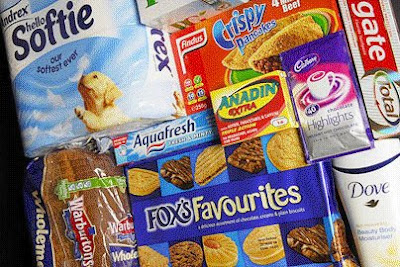 Some of the 100 food and grocery brands owned by such major suppliers as Proctor & Gamble, Unilever and others being investigated by the UK Office of Fair Trading in a probe of alleged price-fixing by UK supermarket chains and suppliers. (Graphic: Daily Telegraph.)

In fact, the current investigation is related to another one which involved price-fixing of dairy products. That probe resulted in a number of the UK supermarket chains and dairy suppliers paying fines as a result of the probe's conclusion.

The Daily Telegraph is reporting that as a result of that earlier dairy products' pricing probe, some senior Wal-Mart and Asda executives decided to go to the OFT with the new information regarding alleged price-fixing schemes involving the "big four" supermarket chains and the over 100 food and grocery brands.

All of the supermarket chains and suppliers being investigated in the probe have strongly denied they are involved in any price-fixing or cartel scheme.

Further, the UK Office of Fair Trading has yet to issue any statements other than to say they are investigating the matter.

No rapid conclusion is expected in the probe according to nearly all UK observers. Their consensus is the probe could drag out for years, and that it's likely to not reach any conclusions for at least two years.
Posted by Fresh & Easy Buzz at 12:48 PM