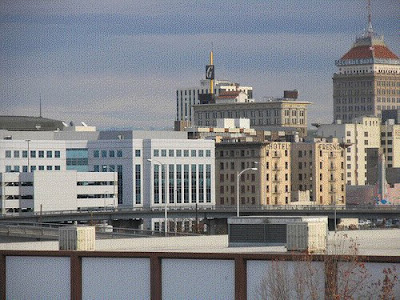 Just a note, Hanford, CA is actually in Kings County (as opposed to Fresno County which the article mentions).

Thanks Luke. We added King's County to Hanford after reading your comment, as you can see in the post.

Since that story was posted we've also identified 3-4 additional Fresh & Easy locations in the Fresno region. Will be doing an update soon.


How are the fairly new Target stores in Fresno doing, especially the new food and general merchandise Super Target. Understand the company decided to not go through with all the new Super Target's they planned for Fresno, and instead made one or two regular Target Discount stores? Is that the case?

If they did decide not to go through with the Super Target's in Fresno its not because of their lack of faith in the grocery market. In most Targets you are seeing a bigger and bigger focus on smaller grocery sections.

I believe there are even some Targets they are trying in different parts of the country that have smaller produce and other grocery-like amenities without being a Super Target.

So i take it, Fresno is not getting are fresh and easy stores!! The building is still sitting empty!

Is Fresh and Easy still coming to Hanford since one went in Lemoore?

Thus far, Fresh & Easy has one store planned for Hanford at: 10th Avenue & Fargo Avenue, which is listed in our story.

Follow Fresh & Easy Buzz though because when we learn of openings, even those not yet announced by Fresh & Easy, we note it in our blog.

Do you live anywhere near the 10th & Fargo planned Fresh & Easy location in Hanford? If so take a ride by and let us know if it looks ready to open.

If you do, youo can post what you see here in comments - or drop us an e-mail at: freshneasybuzz.blogspot.com

Also, any other readers in the region, drop a note here in the comments section if you know the status of the Hanford location.

Thanks for commenting lori.

Fyi: There are some more recent posts about Fresh & Easy (and other grocers) in the Fresno market at the link below, if interested: