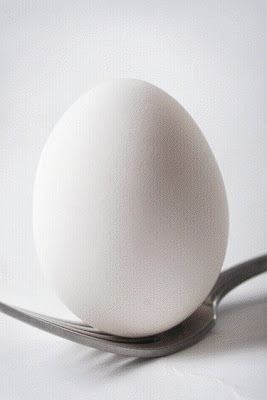 The California Secretary of State's Office recently certified a ballot initiative measure sponsored by the Humane Society of the United States and allied groups that if passed would ban California's egg producers from keeping egg-laying hens in small or battery type cages.
The measure will be on the November, 2008 electoral ballot in California for the state's voters to either approve or vote down. If passed, the measure would require all California egg producers to stop using the small hen cages in 2015.
On the heels of the small hen cage ban ballot measure being certified by the state of California, an animal rights group called Mercy For Animals has posted a video of hens being abused at an egg farm the group says is owned by Turlock, California-based Gemperle Farms, which is one of California's top egg producers.
One response to the group's video already is that Southern California-based specialty grocery chain Trader Joe's said yesterday it will stop selling eggs in its Western USA stores which are produced by Gemperle Farms. Trader Joe's only buys eggs produced by the company for its stores in the west.
Trader Joe's buys eggs from California-based NuCal, Inc., which is the number one egg distributor in the Western U.S. NuCal distributes eggs produced by Gemperle Farms and over a dozen other producers based primarily from California.
None of the other egg producers are involved in or accused of hen abuse by Mercy For Animals.
In addition to selling conventionally-produced eggs (those produced by hens kept in the small or battery cages), Trader Joe's also sells cage-free eggs in its stores.
The food and grocery publication Natural~Specialty Foods Memo has three stories on the issue: one about the small hen cage ban ballot measure qualifying for the November California electoral ballot, a second story about the Mercy For Animals video, and a third piece about Trader Joe's decision to no longer carry eggs produced by Gemperle Farms, the egg producer Mercy For Animals says owns and operates the egg farm where the video was shot by an undercover operative working for the animal rights group, and who was hired as an employee they say by Gemperle Farms.
Read the three pieces from Natural~Specialty Foods Memo here.
The European Union has passed a law which will ban the use of the small or battery hen cages in every member country by 2012.
In the United Kingdom, all of that nation's supermarkets chains, including Tesco PLC, parent company of Fresh & Easy Neighborhood Market USA, all agreed prior to the EU battery hen cage law to stop selling the small cage raised eggs in their stores by the 2012 date.
The EU law will allow egg producers to use larger cages, which allow the birds to turn around and stretch their limbs, beginning in 2012 as a replacement for the tiny battery cages the floor space of which is about the size of a standard piece of letter paper.
The hens can't turn or move in the small cages. Many European, especially in the UK, egg producers already are using the larger cages. Numerous European producers also are converting their operations into cage-free egg farms or a mix of large cage and cage-free.
Two UK supermarket chains, Sainsbury's and Waitrose, recently reported sales of caged free eggs in their respective supermarkets are coming close to 50% of total eggs sales.
Numerous U.S. food retailers, including Tesco's Fresh & Easy Neighborhood Market, sell cage-free eggs in their stores. Fresh & Easy also sells organically-produced cage-free brown eggs in its 61 stores in Southern California, Arizona and Nevada.
The small hen cage issue hasn't been nearly as hot in the U.S. to date as it has been in Western Europe. However, many observers say with the ballot measure to ban the battery hen cages going on the November ballot in California, they expect the issue to become a far more prominent one in the coming months throughout the U.S.
We agree with this assessment. California is a trend-setting state in terms of food-related ethical production and retailing legislation. In fact, we've already heard from correspondents that state legislatures in a number of regions in the U.S. are discussing bills that would ban the small hen cages in their states.
As we approach November, which will be a big election season in the U.S. this year because its a Presidential election year, we expect to see lots of debate and argument by both sides on the small hen cage ban measure in California.
Posted by Fresh & Easy Buzz at 2:56 PM