Warren Buffett: 'Our Country Has Faced Far Worse Travails': A Paralyzing Fear Has Engulfed the Country. But America's Best Days Lie Ahead.' 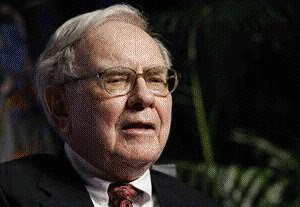 Businessman, investor, philanthropist and advisor to Presidents, global corporations and governments, Warren Buffett, is a child of, and survivor of, America's "Great Depression."

Buffett, 78, is the founder and chairman of the Omaha, Nebraska-based Berkshire Hathaway Inc. holding company and investment firm.

He acquired Berkshire Hathaway, which at the time was primarily an apparel-making company, producing and marketing men's and women's under-clothing and men's dress and casual apparel mostly under the Fruit of the Loom label, 44-years ago, turning it into the mega-holding company and investment vehicle it is today.

Berkshire Hathaway Inc. owns over 100 corporations, in sectors ranging from food and food distribution (See's Candies and the convenience store distribution company McLane Company are two) to manufacturing (Acme Brick, Johns Mansville and others), apparel-making (Fruit of the Loom, Justin Brands), to furniture-making and retailing (Nebraska Furniture Mart, Jordan's Furniture) and insurance (Geico Auto Insurance), and many others. [Click here for a complete list of Berkshire-owned companies.]

Buffett and Berkshire Hathaway also hold major investments stakes in numerous corporations, including United Kingdom-based Tesco, which owns and operates the 115-store Fresh & Easy Neighborhood Market grocery and fresh foods chain, which has its stores in California, Nevada and Arizona. Buffett also is a major investor in Wal-Mart Stores, Inc., Coca-Cola and numerous other corporations.

Each year as part of Berkshire Hathaway's annual financial report to shareholders, Buffett writes a personal business letter to the company's investors. The Buffett letter has become famous in the financial world because the "Oracle of Omaha" uses his letter to shareholders to not just write about the performance of the Berkshire-owned companies but also to discuss the wider world and environment in which the companies and business in general operate in.

The letter is read closely by analysts as well for Buffett's views on both the current state of the U.S. micro and macro-economy.

Today Warren Buffett issued his annual letter to Berkshire Hathaway shareholders on a day that finds one of the world's biggest corporate success stories, Berkshire Hathaway Inc, reporting its worse year ever in the company's 44-year history, along with a very bad fourth quarter (2008), compared to the same period just a year ago.

Buffett takes much of the responsibility for this performance himself, despite the current global recession and financial crisis. Doing so is characteristically Buffett.

But the "Oracle of Omaha," the man Forbes magazine ranks as the richest person in the world, says today --despite the devastating performance of his 44-year old (that's when Buffett took it over) Berkshire Hathaway, which over the last 44-years under Buffett's leadership has seen its book value grow from $19 to $70,530, a rate of 20.3 percent compounded annually -- and despite the serious economic recession and financial crisis the U.S. (and the world) finds itself in today -- that: "Our country has faced far worse travails' (than the current recession). A paralyzing fear has engulfed the country. But America's best days lie ahead."

That's the title of Warren Buffett's letter to Berkshire shareholders today, and it's the title of an opinion article he wrote for Newsweek magazine that was just published. Buffett is a member of the board of the Washington Post Company, which owns Newsweek.

Every year Buffett's letter to Berkshire shareholders is a market-moving event because of his legendary status as an investor. Perhaps that's why he chose to issue it on a Saturday this year, when the markets are closed.

But the letter is vintage Buffett, America's strongest cheerleader, but always from a real and grounded position. The 'Oracle of Omaha" may be a Wall Street wizard but he lives his life firmly on main street.

We strongly suggest reading Buffett's opinion piece on Newsweek online. You can do so here.

Warren Buffett, born of the Great Depression, a man who has lived his entire life in Omaha but is a global citizen, says "America's Best Days Are Ahead." These are words we all need to remember, heed, and work together to make true.
Posted by Fresh & Easy Buzz at 6:14 PM