Consumer Behavior & Retailing In the Recession: Gauging the Mindset of the 'New Frugal American Shopper' In An 'All Retailers Are Discounters' Time 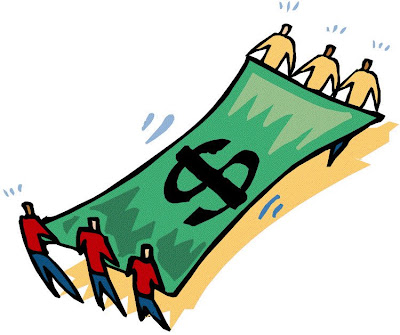 Beginning in about mid-2008 (to the present) Fresh & Easy Buzz first started to write regularly about how consumers were beginning to trade down in terms of where they are shopping for food and groceries (types of stores), how much they're spending, what they're buying and how they're buying it, due to the then beginnings of -- and now full-blown -- the current economic recession. This consumer trading down behavior has decreased dramatically from then to now. It's our analysis it will continue all year and well into 2010 at the very least.

Among the recession-induced changes in consumer food and grocery shopping behavior we've sited include: a shopper flight to discount food-grocery stores like Wal-Mart, Aldi, Sav-A-Lot and similar price-impact-focused stores; consumers buying fewer prepared foods items and more staples and basics for cooking at home; an overall decrease in the amount of money shoppers are spending on food and groceries, particularly on premium, specialty, organic and impulse items; shopping weekly sales more frequently and cherry-picking retailers advertised items; purchasing more store brands if such items are cheaper than national brands; the dramatic increase in consumer use of manufacturers' "cents off" coupons and retailer store coupons; and a number of other indicators all pointing to the fact there now exists in large numbers what we call "the new frugal American food and grocery shopper."

In our research we see this trading down at retail across the board. Some evidence:

There are more BMW's, Mercedes and luxury SUV's in Wal-Mart, Dollar Tree, Dollar General and Costco parking lots than we've ever seen before, for example.

Goodwill stores are so packed and doing so much business that many are aggressively searching for used product, and for the first time ever paying for it in some cases.

And when it comes to eating out, MacDonalds' sales are soaring (and dollar menu items selling off the charts), while even mid-range restaurant chains like Applebees are struggling. MacDonalds said last week it is shooting to open 1,000 new stores globally this year.

The small-format, hard-discount chain Aldi USA, which is based in Illinois and has nearly 1,000 stores in the southern U.S., Midwest, Mid-Atlantic and eastern regions of the U.S. is booming, while higher-end grocers like Whole Foods Market is struggling, for example.

Aldi USA is doing so well in the bad economy that is entered the Florida market late last year, building a distribution center there and the first of what it plans to be many stores.

This year Aldi USA is entering two brand new markets, New York State and Texas. Florida, New York and Texas, along with California, happen to be the top food and grocery sales markets in the U.S. in terms of total dollar sales. Aldi USA plans to open at least 100 new stores in the U.S. this year.

Aldi USA also is getting ready to launch a major television advertising campaign in all of its U.S. markets because it believes it can pull even more shoppers into its stores with what will be retail brand-oriented ads that will tout Aldi's low-price and value model and message, depicting it as the "perfect" grocery store for today's tough times. Read: money savings and value everyday.

Just like upscale, specialty and premium-oriented grocers like Whole Foods Market, Bristol Farms (Southern California) and Dean & Delucca loved the "go-go" mid-to-late 1990's, it appears small-format, hard-discounter Aldi USA, which is the American division of Germany-based Aldi International, is lovin' not so "go-go" 2009.

It's our argument that "all grocers are now discounters" in this seriously down economy. That even includes upscale retailers like Whole Foods, which has been lowering prices in its stores, promoting-discounting on price heavily, and even periodically offering store coupons good for 10%-25%-off purchases of $25, $50 and $100. Until last year Whole Foods was about as far from a "discount-oriented" grocery chain as one could find in the U.S. At present, price and value are the two key merchandising and promotional strategies at Whole Foods.

By "all grocers being discounters" we of course mean each in its own ways. Aldi is different from Whole Foods, and Wal-Mart is different than both in its discounting behavior. But we do mean that regardless of format or positioning, all grocers are today discounting. Some just aren't doing it well. Others might not even know it is what they are doing.

While our focus is on food and grocery retailing in Fresh & Easy Buzz, the same "all retailers are now discounters" theory holds true across nearly every type of retail format at present in the U.S., from clothing and books to consumer electronics and home stores.

High-end fashion retailer Saks has been regularly holding 50%-70%-off sales in its upscale stores, for example. Department store chain Macy's appears to be offering nearly everything it sells in its department stores on sale these days if you visit one of the stores. And even the super-popular "Apple" stores (Apple computer) have started discounting Apple lap top computers, iphones and ipods recently.

Time magazine has now discovered the dual consumer-retailer behavior change we've been describing and writing about in Fresh & Easy Buzz. That duality is the combination of the "new frugal American consumers" and the "all retailers are discounters" proposition, a result in the main of the trading down behavior by so many consumers.

Time sought out Paco Underhill, the well-known consumer researcher, retail analyst and author of the excellent book, "Why We Buy: The Science of Shopping," to, in Time's words,"gauge the current mindset of the American consumer." Trying to do just that is fast-becoming the number one activity of America's retailers right now.

Time magazine staff writer Sean Gregory talked to Paco Underhill, the founder and CEO of the consulting firm Envirosell, about the "mindset" of today's cash-strapped, economic confidence-lacking, job-insecure American consumer for a piece published in the magazine yesterday. We suggest reading the story as your supplemental reading for the day. It's well worth the few minutes it takes to read it.

Click here to read "How Consumers Shop Differently Today" from the February 22, 2009 addition of Time.
Posted by Fresh & Easy Buzz at 6:09 PM