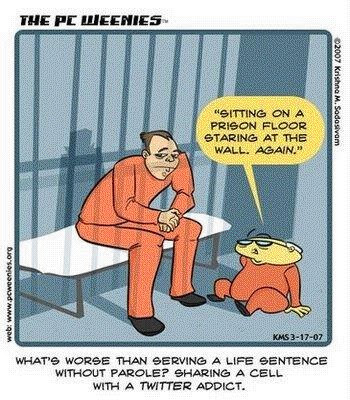 Yesterday Fresh & Easy Buzz wrote and published this story [The UK Telegraph Reports on Tesco Fresh & Easy's Use of Twitter.Com; Since Fresh & Easy Buzz Was First to Report it, We Offer Some Added Value] about Tesco Fresh & Easy Neighborhood Market's use of the social media and networking site Twitter. We mentioned in yesterday's story that we were the first publication to report this development back in in September, 2008.

The popular laist.com (as in Los Angeles) Web site today picked up our piece from yesterday. (Who says folks don't read Blog pieces posted on a Sunday?) The laist.com piece is written and posted by one of the Web site's most trend-savvy and top writers, Lindsay William-Ross.

Below is the post in today's laist.com by Lindsay William-Ross:

Does Your Favorite Grocery Store Use Twitter? Should They?
laist.com
By Lindsay William-Ross

An article in today's Telegraph.co.uk touts the recent adoption of Twitter by British-based Tesco's Fresh & Easy grocery stores. Although the article focuses on the rarity of a Brit business using what's more popular with American businesses, F&E's web-watchers Fresh & Easy Buzz point out that the Tweets are coming from California, not England:

Regardless of where the Tweets originate, the fact is, businesses using Twitter to reach out to consumers is becoming a popular trend:

Though perhaps not gripping correspondence, Twitter does help to establish loyalty by giving customers an active way of communicating with the company's management. [...]

This may be because the technology is in its infancy - the site only opened in 2006 - or because it started life with a different aim in mind - to enable friends to tell each other what they were doing by answering quick, simple questions.

Nevertheless, a recent survey - the Cone Business in Social Media Study - found that 93pc of those questioned expected to see companies online. What's the point, though, of grocery stores using Twitter? What do they talk about?

An article from August 2008 on What Makes U Click? posed the same question, and took a look at what people said on Twitter in conversation with Whole Foods Market. Mostly it's just shop talk--product talk, really--about what flavor of tea a Tweeter likes, or how great the salad bar was on a given day. From a business perspective, mining Tweets for corporate feedback is a wise thing to do; service reps can intervene and solve problems and answer questions and gauge how well a product is being received. And producing Tweets can alert customers to sales, recalls, events, or store openings.

So what local grocers use Twitter? Not Vons or Ralphs, and Albertsons' gets a big FAIL for their one-Tweet wonder. And Tesco--parent to Fresh & Easy? Nope. Trader Joe's, Whole Foods, and Fresh & Easy (and the unaffiliated Fresh & Easy Buzz), yes.

Do you follow any grocery stores on Twitter? Or should the whole idea just head for the checkout line?