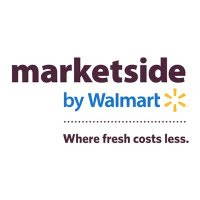 In December 2009 we published this piece [December 21, 2009: Wither Walmart's Small-Format 'marketside' Stores and Format?] in which we reported that the Web Site for Walmart Stores' 'marketside by Walmart' fresh food and grocery stores had been replaced by a single page site touting its new line of 'marketside' fresh, prepared foods, and examined the potential future of the four small-format stores, located in Metropolitan Phoenix, Arizona.

Our story has generated a considerable amount of interest in the food retailing industry and media, including being picked up by the convenience store industry trade publication CSP Reports on December 30, 2009 here and by CBS's BNET business news Web site on January 8, 2010 here.

In October 2008 we published this analysis and think piece [October 6, 2008: 'The Promotional Pundit:' How Wal-Mart Can Use its Supercenters to Create Customers For its New Small-Format Marketside Stores in Arizona] in which we suggested ways in which Walmart could use its retail power in the Arizona market to create a synergistic relationship for its start up 'marketside by Walmart' stores (then called just 'marketside'), as well as for all of its food and grocery retail formats and banners, particularly its flagship Supercenters and Neighborhood Market supermarkets.

Walmart operates Supercenters, club stores and its Neighborhood Market supermarkets in Arizona, along with the four 'marketside by Walmart' small-format food stores. Walmart is the food and grocery sales market share leader in Arizona., followed by Kroger's Fry's and Safeway Stores, Inc.

One thing we suggested in the October 2008 piece was that Walmart could open branded 'marketside' kiosks in its Supercenters. We also suggested various other things Walmart could do in this regard - the focal point being all about how the retailer could expand and extend 'brand marketside.'

Walmart in fact has recently started doing just that - extending its 'marketside' brand via a new line of store brand fresh, prepared foods products and branding 'marketside outside of the four walls of the small-format Arizona stores.

Recently Walmart began testing the sale of a new store/private label brand of fresh foods labeled 'marketside' in some of its Supercenters, discount format stores and Neighborhood Markets.

Announcing the planned line of 'marketside' store brand fresh foods products in July 2009, Wal-Mart spokeswoman Amy Wyatt-Moore said in a statement: "We are testing a number of concepts on home meal replacements and chilled entrees under the 'marketside' brand in select Walmart stores."

Walmart also started another 'marketside' branding experiment in late summer of 2009. It has rebranded the deli departments (including naming them 'marketside delis') in a handful of its Neighborhood Market supermarkets in Texas and Arizona as "marketside delis," also branding most of the bulk and packaged deli items and fresh, prepared foods under the 'marketside' brand, as it does in its four 'marketside by Walmart' food and grocery stores in Arizona.

Conceptually these two 'marketside' branding efforts outside of the four walls of the 'marketside by Walmart' stores reminds us much of what we suggested the retailer do vis-vis 'marketside' in that October 2008 piece: 'The Promotional Pundit:' How Wal-Mart Can Use its Supercenters to Create Customers For its New Small-Format Marketside Stores in Arizona. In fact, Walmart is sort of turning our concept on its head a bit.

The expansion of the 'marketside' brand into the test of a private label/store brand fresh foods line and 'marketside' branded deli departments also fits in with the analysis we offered in this October 5, 2008 piece [Wal-Mart's Marketside is More Than the Sum of the Parts of its Other Formats; While Time and Consumers Will Judge, We See the Format As A Stategic Fit] where we laid out the potential synergistic elements of brand 'marketside' and the 'marketside' retail format; brand extentions which Walmart wasn't attempting to develop at the time and only began doing in the late summer of 2009.

What do we make of these developments by Walmart?

Second, we think the broader branding of 'marketside' could serve a two-fold purpose for Walmart: It could help the existing 'marketside by Walmart' food stores and any future units Walmart might open because by expanding the brand into store brand fresh food products and 'marketside' in-store deli departments in its Neighborhood Market supermarkets and its Supercenters, more consumer awareness and top of mind vis-a-vis 'marketside' will be created. That's what branding and brand extension is all about.

Lastly, Walmart needs a better position in the fresh, prepared foods space in all of its key formats - Supercenters, Neighborhood Market, discount stores and Sam's club stores. The existing four Arizona 'marketside' fresh foods stores have and could continue to serve as an idea, concept and product development incubator for the giant retailer. Think synergy again. In other words, a secondary function of the 'marketside by Walmart' food stores in Arizona is to serve as the research and development lab for Walmart's overall fresh, prepared foods program.

Three predictions for 'marketside' (brand and stores) for 2010

2. Walmart will introduce a few additional packaged fresh, prepared foods items (SKUs) under its 'marketside' brand in some of its Supercenters, discount format stores and Neighborhood Market supermarkets in 2010, following up on the 'marketside' prepared, take-and-bake pizza.

3. Walmart will brand the deli departments in a few (or perhaps more than a few) additional Neighborhood Market supermarkets into 'marketside delis.' Perhaps in some Supercenters as well.

[Click here and here for a selection of past posts in Fresh & Easy Buzz about Walmart's 'marketside' retail format and stores.]

Readers: Want to share this post with a friend or colleague? Just click the little file folder icon below... then e-mail away.
Posted by Fresh & Easy Buzz at 8:51 PM