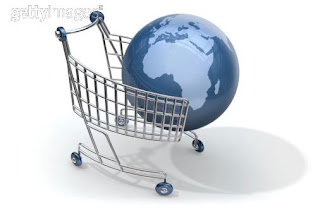 The Deloitte study and report ranks the top 250 retailers in the world based on their respective annual sales.

The sales data for the just-released report is for fiscal year 2008, which encompasses (fiscal) years ended through June 2009, according to the business advisory and accounting firm.

It's important however to note that the Deloitte report points out Tesco plc had a better sales growth rate for the 2008 fiscal year period than Germany's Metro did, but relative currency strength against the US dollar enabled Metro AG to climb above Tesco, back into third place.

[Editorial note: Were we (Fresh & Easy Buzz) as analysts to chose between better sales growth - Tesco - vs. moving up from number four to number three in the ranking - Metro AG - we would choose better sales growth. It's a more significant indicator or trend for a retail company. However, the change in ranking for Tesco isn't completely insignificant since Deloitte's annual study and ranking is watched closely by the retailing industry, analysts and investors.]

The just-released report ranks Germany's Metro Group as having 2008 gross sales of $99,004 billion, placing it in third place after number two Carrefour Group of France (with 2008 sales of $127,958 billion). United Kingdom-based Tesco comes in fourth with 2008 annual sales of $96,210 billion.

In fact, Walmart's $401,244 billion in 2008 fiscal year annual sales is about equal to the combined totals of the number two-through-number six-ranked retailers in the report.

Out of the top ten ranked retailers in the report based on their respective 2008 fiscal year annual sales, a whopping five are U.S.-based retail companies.

Three of the top ten retailers are based in Germany; one (Tesco) is based in the United Kingdom; and one (Carrefour) is based in France.

The two centers of retail leadership, at least on an annual sales basis, clearly are the United States and Germany, according to the report. The two countries are home to eight out of the ten top retailers in the world, based on the report's findings.

Of the top ten 10 retailers, all but one - Home Depot - puts a major focus on selling food and grocery products, along with other general merchandise items. Walmart, Carrefour Group, Metro Group, Tesco plc., Schwarz Unternehmens Treuhand KG, Kroger Co., Costco Wholesale, Aldi and Target Corp. all offer extensive food and grocery selections in one or more of their respective retail store formats.

Dr. Ira Kalish, director of consumer business for Deloitte Research in the United States and the lead author of the study and report says: "Despite one of the sharpest economic contractions in decades, the world’s largest retailers were able to increase sales by 5.5% in fiscal year 2008, with total retail sales equaling around $3.8 trillion."

However, Dr. Kalish adds the report shows that the global recession affected retailers’ bottom line. Profitability at the largest 250 retailers in the world fell from 3.7 percent in fiscal 2007 to 2.4 percent in 2008.

Two-thirds of the 184 retailers that disclosed their bottom-line results in the report saw their net profit margin decline in 2008, with 30 retailers operating at a loss. This trend affected almost every geography and category, Kalish says. Retailers in Europe saw their profitability fall from 4.1 percent in 2007 to 2.7 percent in 2008, while those in North America fell from 3.6 percent to 2.4 percent. Only those in Africa and the Middle East saw increased profitability.

Hardlines and leisure goods retailers saw their profit margin fall by more than half to 3.1 percent from 6.8 percent. Sales growth for fashion retailers fell into negative territory and profits were cut in half to 4.1 percent. Even the fast- moving consumer goods (FMCG) sector, which includes supermarkets and other food retailers, saw profits fall from 3 percent to 2.2 percent, despite seeing higher sales growth than the other groups at 8.6 percent, according to the report's data.

“2008 has been a tumultuous year for the global retail industry," Dr. Kalish says. "Sales growth slowed and profitability fell, sharply for some. Many retailers ‘bought’ sales with heavy promotions which hit the bottom line hard. However, we are already seeing evidence that as economic recovery takes hold around the world retailers should be able to return to a path of improving profitability.”

Below are some key findings of the report as detailed by Dr. Ira Kalish:

“The internet is going to pose an ever-greater challenge and opportunity for retail in the next decade,” says Kalish. “Retailers need to ensure their multichannel strategy is in place to capitalize on web-savvy shoppers migrating to the net. Secondly, we are starting to see retailers launch targeted marketing campaigns online by offering special deals or discounts through their website or social networking sites.

“Social networking will increase transparency in the retail industry, giving consumers greater access to information about retailers, their products and pricing. This has the potential to undermine margins by lowering prices to the level of the most desperate seller. There are great opportunities too, as new touch points open up for retailers to communicate with their customers.”

“Many emerging market retailers are rapidly becoming world-class players in their own right,” says Kalish. “Not only are they well-equipped to compete with the global giants in their home markets, some are becoming competitive in other markets too. The next step will be investments into developed markets and some of this is starting to take place. These are typically specialty players rather than food or mass merchandise retailers. The global playing field of retailing is becoming more level.”

Global growth bounces back but economic rebalancing is taking place

“Conversely, those countries whose growth was fueled by exporting to borrowing countries will no longer be able to depend on such markets and will likely shift away from export-oriented growth toward growth driven by consumer spending. Retail spending growth in markets such as the U.S. and UK is likely to be slower over the next decade, while a larger share of the growth will take place in countries with large surpluses, especially the big emerging markets.”

Click here to download a copy of Deloitte's 2010 "Global Powers of Retailing" study and Ranking." The top 250 retailers are detailed in the report.
Posted by Fresh & Easy Buzz at 5:15 PM