The newest Fresh & Easy Neighborhood Market store opened yesterday morning at 10 a.m. in the Southern California city of Huntington Beach. It's the first Fresh & Easy in that city. 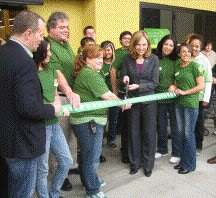 Fresh & Easy store associates presented a $1,000 check to representatives of the West County Boys and Girls Club, a local non-profit youth group. The retailer donates $1,000 to a local community organization each time it opens a new store.

According to sources at the grand opening, there were about 100 people--some waiting in line, others arriving shortly after the store opened--who packed the store when it opened. 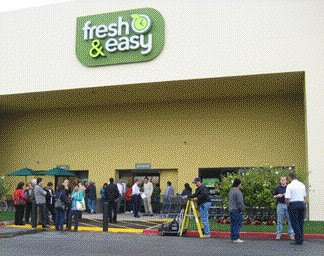 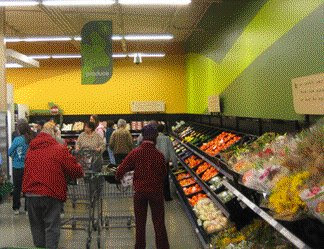