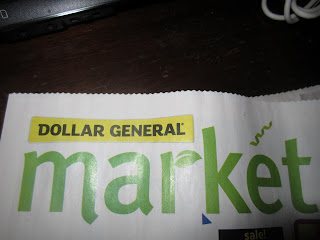 Tennessee-based dollar-store-dynamo Dollar General plans to hit the ground running hard and fast when it launches both its traditional dollar format stores and its small-box Dollar General Market grocery stores in California next year.

To jump-start its California launch, 38-state, 9,813-store Dollar General has done a deal with Centro Mart, a 65-year-old independent supermarket chain based in Stockton, California, in which Dollar General will take over five of the grocer's seven stores - four in Stockton and one in the San Francisco Bay Area city of Brentwood.

Centro Mart CEO Mel Young says the Stockton-based chain, which until his death earlier in January was run for decades by veteran California grocer Jimmy Lam (see the related story at top), will close the five stores at the end of this month. It will keep two stores, a Centro Mart banner grocery store in the East Bay Area city of Oakley and a supermarket it operates under the Apple Marketplace banner in Lodi, which is near Stockton.

Dollar General will convert four of the five Centro Mart stores into Dollar General Market grocery stores, which feature fresh foods as well as groceries, and the remaining supermarket will become one of its traditional dollar stores, according to Todd Vascos, Dollar General's executive vice president and chief merchandising officer.

Vascos says Dollar General will begin converting the Centro Mart stores shortly after they are closed, targeting all five for spring 2012, most likely March-April, openings.

Dollar General announced its plans to enter Nevada and California earlier this year. So far the retailer has opened five of its Dollar General Market grocery stores in metro Las Vegas, Nevada.

The Nevada stores are the first Dollar General Market stores the retailer has opened since 2007. Since then it has revamped the format, making numerous changes to the original version.

Centro Mart's Young says Dollar General approached the grocer about acquiring the stores earlier this year.
He says Centro-Mart agreed to the deal in part because of long-time CEO Jimmy Lam's death earlier this year, along with the heavy competitive climate in Northern California, which has made it tough for the independent chain to compete.

Dollar General is also looking for additional locations in Northern California for both its traditional dollar stores and its Dollar General Market.

Our commercial real estate sources, many of whom are regular readers of Fresh & Easy Buzz, tell us the retailer is looking in the San Francisco Bay Area, Sacramento metro region, the Central Valley and farther north for locations, including paying special attention to the numerous vacant big and small-box store buildings currently on the market.

The dollar store retailer's plans also include Southern California, for both its dollar stores and Dollar General Market grocery stores. Like in the north, our commercial real estate sources tell us Dollar General is looking for numerous locations in the region.

In a conference call reporting the results, CEO Richard Dreiling didn't address the Centro-Mart deal specifically, but said the retailer plans to open about 40 Dollar General Market grocery stores nationally in 2012. That number includes the five stores in Northern California, plus additional units in "new and existing markets."

Dollar General is entering into a short-term lease for a distribution center near Bakersfield, California which will serve the new stores in California and Nevada, along with existing stores in Arizona, Dreiling said today. The facility will open in the first half of 2012, he said. That timing fits with the April-May planned opening of the five to-be-converted Centro-Mart stores in Northern California.

Dreiling also said today that a major effort with Dollar General Market in its newest two markets, (Nevada and California) as well as nationally, will be to focus on food dessert regions where residents are underserved by grocery stores offering fresh foods and groceries at reasonable prices.

The CEO also said today that Dollar General is expanding its perishables offering in both the grocery markets and in its traditional dollar format stores.

"Fresh and refrigerated foods helped us drive customer traffic and increase basket size by serving a greater share of our customers' needs," Dreiling said. "We will continue to take an aggressive stance towards improving our in stock position. This is a never ending effort which requires focus on store-level perpetual inventory accuracy as well as improved execution across ordering, fulfillment, stocking and delivery."

CEO Dreiling also said today that private brand expansion is a key part of the Dollar General's ongoing strategy, saying the retailer is expanding product sourcing to new categories and importing from new countries. "To further expand our private brands we’ll be adding 150 new SKUs as we move into new categories," he said.

Consumable product sales continued to increase at a faster pace than non-consumables in Dollar General's third quarter, with the strongest growth across the food and snack categories, according to CEO Drieling. "Salty snacks, carbonated beverages, coffee and milk were the largest contributors," he said today.

The fact consumable sales are outpacing all other categories for Dollar General is in part what's making the retailer high on growing its Dollar General Market grocery store format, including in California, which with nearly 40 million residents has the highest population in the U.S.

Dollar General's entry into California next year adds yet another competitive layer to what already is a highly competitive food and grocery retailing scene, from Southern California and the Central Valley, to Northern California, where the retailer will open its first five grocery stores in the soon to be former Centro-Mart locations in early 2012.
Posted by Fresh & Easy Buzz at 7:12 PM