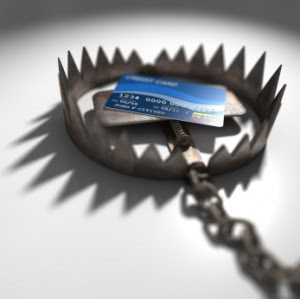 There's been quite a bit of written and verbal discussion over the last couple months about whether or not Tesco's Fresh & Easy Neighborhood Market will adopt a loyalty card program like or similar to the one its parent company, Tesco, has in the United Kingdom.

On December 7, 2009 the Financial Times (FT) newspaper published a piece in which it suggested Fresh & Easy was going to start a loyalty card program modeled after the Tesco Clubcard.

However, a few days later (December 8, 2009) a spokesperson for Tesco's Fresh & Easy told the trade publication Supermarket News the FT report wasn't true, and that the Southern California-based fresh foods and grocery chain has no plans to institute a club card program in its stores in California, Nevada and Arizona.

Fresh & Easy Buzz wrote about these conflicting reports and the topic in general in this December 8, 2009 piece: Analysis: Why A Loyalty Club Card Program Makes Zero-Sense For Tesco's Fresh & Easy USA.

Much of the loyalty card or not for Fresh & Easy USA discussion centers around the fact Tesco is the majority-owner (84%) of the firm Dunnhumby, which in partnership with Tesco pioneered the use of loyalty card programs in the supermarket industry. Tesco doesn't advertise its majority ownership stake in Dunnhumby, just as for that matter it doesn't advertise that it owns Fresh & Easy.

Recent rumors and one report also suggest Tesco is considering acquiring the remaining percentage of Dunnhumby it already doesn't own.

For example, the British trade publication The Grocer reported here on January 23, 2010 that Tesco is preparing to acquire the remaining 16% of Dunnhumby from the firm's founders and principals. Tesco hasn't confirmed or denied this report to date.

And the conflicting information about Fresh & Easy USA adopting a loyalty card doesn't end with the reports we mention above.

Indeed, the trade publication Supermarket News came back with a report on January 18, 2010 in which it wrote in its lead: 'Dunnhumby, the U.K. loyalty marketing firm in which Tesco has an ownership stake, is having “discussions” with Fresh & Easy Neighborhood Market, El Segundo, Calif., about working with the chain, Edwina Dunn, chief executive of Dunnhumby, told SN last week.' Here's a link to the report.

The British trade publication The Grocer also reported in its January 23, 2010 piece that, according to information from an insider, Tesco is looking for a "solution" in the U.S., suggesting the loyalty card could be perhaps one such "solution."

What's it all about: Dunn & Humby?

What we think is going on here has more to do with the future of Dunnhumby - the potential acquisition of the remaining 16% by Tesco, along with the futures of its principals - than it has to do with Fresh & Easy wanting to start up a loyalty card program, at least in the near to medium-term.

The various reports - beginning with the initial piece in the Financial Times, followed by the rebuttal to the FT report by Tesco's Fresh & Easy to Supermarket News, and then the January 18, 2010 "semi-scoop" given to Supermarket News by Dunnhumby CEO Edwina Dunn - all look to us in large part to be "trial balloons by media" designed to gauge the reactions of the various stakeholders - Fresh & Easy's senior management; Kroger Co., which owns 50% of Dunnhumby USA (the principals own the other 50%), for example - to the idea of Dunnhumby developing a loyalty card program with and for Fresh & Easy USA.

Additionally, the fact these reports just happened to come out at the exact same time when discussions have been rampant in the industry about Dunnhumby UK either being 100% acquired by Tesco or doing some sort of IPO isn't a mere coincidence.
Rather, what we're calling the "trial balloons by media" appear to be part and parcel of what the future of Dunnhumby UK and Dunnhumby USA - and the founders and principals - will end up being, in our analysis and opinion.

By the way, we aren't chiding Ms. Dunn and Mr. Humby - known collectively as Dunnhumby - at all.

Will Tesco acquire 100% of Dunnhumby? What will Dunnhumby founders and principles Edwina Dunn and Clive Humby do with the 50% of Dunnhumby USA they own? As mentioned, Kroger Co. owns the other 50%.

Might Kroger buy the founders' 50% of Dunnhumby USA if it believes Tesco's Fresh & Easy, which is a competitor of sorts in California, Nevada and Arizona, is going to get a Dunnhumby-crafted loyalty card program? Perhaps?
Might Tesco attempt to acquire Kroger's 50% of Dunnhumby USA in order to be free and clear to start up a loyalty club card program at its Fresh & Easy USA? Maybe? But we seriously doubt it.

As we wrote in our December 8, 2009 piece, it's our analysis that Tesco's Fresh & Easy has no near or medium term plans to start up a loyalty card program.
And if Fresh & Easy were to do so, it would have much explaining to do to shoppers from a marketing and merchandising standpoint.

Why? For those not in the know, one of Fresh & Easy's key merchandising and marketing propositions for some time has been an explicit anti-loyalty card position best depicted in the text in the red box (pictured above) which the fresh foods and grocery chain runs as a banner each week in the "weekly specials" section on its Web Site here, along with using it in other marketing venues.

How do you explain starting up a loyalty card program anytime soon when one of your key merchandising and marketing propositions is and has been for some time the following (in italics)?

"Sticker shock. In a good way. At fresh&easy saving money is simple. We don't have loyalty cards or gimmics, just honest, low prices for everyone, every day. How do we know our prices are low? We check them against our competitors every week so you don't have to."

This should put to rest any future reports that Tesco's Fresh & Easy USA is planning to implement a loyalty card program anytime soon - right?

After all, would Fresh & Easy Neighborhood Market CEO Tim Mason, who before taking on the job in 2006-2007 was Tesco's chief corporate marketing man in the United Kingdom, really make such a fundamental marketing mistake as to position Fresh & Easy as the anti-loyalty card chain - and then make a complete 180 degree turn and become the loyalty card chain?

Interestingly, none of the media coverage of a potential loyalty card program at Tesco's Fresh & Easy has reported or discussed this important point: That a key element of Fresh & Easy's merchandising and marketing proposition is an anti-loyalty card positioning.
Posted by Fresh & Easy Buzz at 5:24 PM