It's 'British Invasion: The Sequel Down Under' For Former Tesco Fresh & Easy Neighborhood Market Director of Grocery Charlotte Maxwell 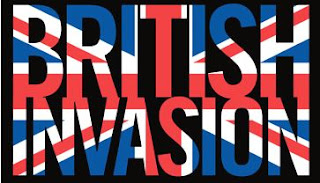 Prior to March of 2008 Brian Pugh held the position of vice president of operations at Tesco's El Segundo, California-based Fresh & Easy USA.

Charlotte Maxwell: Part of the British Invasion Down Under

Earlier in this August 17, 2008 story [Special Report: Tesco Fresh & Easy's Director of Grocery Returning to the UK; Grocery Chain Reorganizing its Corporate Buying Department] Fresh & Easy Buzz was the first to report exclusively that Charlotte Maxwell, a nine-year Tesco plc executive and the former director of grocery at Tesco's Fresh & Easy USA for close to three years, was leaving her top position at Fresh & Easy headquarters in Southern California to return to Tesco plc's global headquarters in the United Kingdom.

Her stay there didn't last long though.

We can now report that Charlotte Maxwell, like Brian Pugh, no longer is employed by Tesco plc.

In April of 2009 Ms. Maxwell joined the Coles supermarket chain in Australia as its new general manager of deli/bakery, which is the senior merchandising and buying position for the deli and bakery categories at the chain.

In 2008 and again in early 2009 Coles, which is Australia's second-largest food retailer after the Woolworths chain, tapped Charlotte Maxwell (in her case in early 2009), along with an entire team of former British supermarket chain executives, category managers and others, as part of a five-year strategic turn-around strategy being implemented by the board of directors of Coles' parent company, Westfarmers. Not too many years ago Coles held the number one market share position in Australia but was overtaken by Woolworths, which is something the board wants to change.

The turnaround effort is being led by Brit Ian MCLeod, who is a former executive with Asda, the number two supermarket chain in the United Kingdom after number one Tesco.

Another British grocery retailing veteran, turnaround specialist Archie Norman who is given much credit for the turnaround of the Walmart Stores, Inc.-owned Asda chain in the United Kingdom, is assisting in Coles' turnaround strategy, working with MCLeod in the position of "chief coach," a consulting capacity.

Former Tesco and Fresh & Easy USA executive Charlotte Maxwell is among a group of numerous Brits now at Coles' corporate headquarters in Australia. This group includes veterans from the United Kingdom's top three supermarket chains: Tesco, Asda and Sanisbury's. Many in the Australian food and grocery industry are calling it the "British invasion of Coles." We sot of like "British Invasion: The Sequel."

And the British food and grocery retailing vets transplanted to Coles in Australia look to be very busy, according to a brief report in Tuesday's (December 23) Herald Sun newspaper headlined: "Supermaket giant Coles accused of crunching suppliers with new campaign."

Here's the report (in italics):

SUPERMARKET giant Coles has been accused of launching a new campaign that strips profits from struggling suppliers.

A new management team recruited from UK supermarket chain Tesco has been blamed for the profit grab, which has seen Coles axe some branded lines that compete with its own private labels.

Suppliers say Coles is demanding big increases in payments for shelf space, playing cheap, low-quality imports off against local companies to force their prices down and asking suppliers to take a big hit on payments to subsidise the refurbishment of Coles' stores.

Coles has rejected the "wild" accusations. A spokesman said the chain sought to "strike a balance between paying sustainable prices to suppliers, and ensuring customers get the best possible prices in our stores".

But a food manufacturer who deals with local farmers said the new Coles management had been "ruthless", demanded "premium product for Chinese prices" and played several tricks during negotiations.

It appears the British invaders are stirring things up a bit down under.

Neither Tesco plc or Tesco's Fresh & Easy Neighborhood Market USA announced the departures of either Charlotte Maxwell or Brian Pugh when each respectively left Fresh & Easy headquarters in Southern California. That's not an unusual phenonmenon though, and certainly not exclusive to Tesco.

But both Mr. Pough and Ms. Maxwell were key in setting up Tesco's U.S. Fresh & Easy chain just three years ago -part of that select team of pioneers or "British Invaders" if you will - And now both are no longer employed by Tesco plc.

We aren't suggesting anything nefarious about the departure's of these former key Tesco employees. It happens.

It is an interesting phenomenon though since both were key Tesco plc executives prior to the establishment of Fresh & Easy USA, which has been a less than stellar venture for Tesco thus far, and now both are not only gone from Fresh & Easy but also from Tesco plc.

But we won't go as far as to suggest there exists anything like a "Fresh & Easy curse" for former key Tesco plc executives who, like those British pioneers of history, came to the former colony of America to stake their claim.

But as many of us know - a start up can be a cruel mistress or master, as has been the case at Tesco's Fresh & Easy USA. But in the case of Mr. Pugh and Ms. Maxwell, it appears they've both landed well - one (Mr. Pugh) with the leading U.S. drug store chain, Walgreens, and the other (Ms. Maxwell) with Australia's second-largest supermarket chain, Coles.

'British Invasion: The Sequel Down Under'

And in the case of Charlotte Maxwell, it's "British Invasion: The Sequel Down Under," in part. Having spent nearly three years as one of a group of Tesco plc senior executives starting up the Fresh & Easy chain in the Western U.S. - a move that's often been dubbed in the media as the "British Invasion" of U.S food and grocery retailing, she's now part of a group of British retail food and grocery retailing veterans who have parachuted (or invaded) into australia to lead the turnaround of that country's second-largest grocery chain.
Posted by Fresh & Easy Buzz at 9:51 PM

A 'coming soon' store in our neighborhood has been ready for over a year yet it still sits there EMPTY! It is at 31049 Mission Blvd; Hayward, CA 94544

Can you find out what's up with this? Why has this store, promised over a year ago, sat empty?!

We are in a grocery desert. Many go 2 miles to shop (at Safeway); I go to shop 7 miles away but would, of course, rather shop at local shopping center w/i a mile from my home.

Tesco's Fresh & Easy has postponed its launch into Northern California, including the Bay Area. The Mission Blvd-Hayward store you mention was actually one of the first Bay Area stores Fresh & Easy announced it would open in the region nearly 2 years ago.

There's no date as of yet when that store, or any in the Bay Area, are set to open. However, keep your eye on Fresh & Easy Buzz for future reports on Northern California.

The stories at the 2 links below offer some fairly recent information about Fresh & Easy and Northern California:

Are there Fresh & Easy signs on the outside of the building?

the fresh and easy store in Hayward is empty but they are doing construction and they have a hiring sign outside the store...

Would you send us an e-mail at freshneasybuzz@yahoo.com - would like to ask you a question about the Hayward Fresh & Easy store site you mention in your comment.