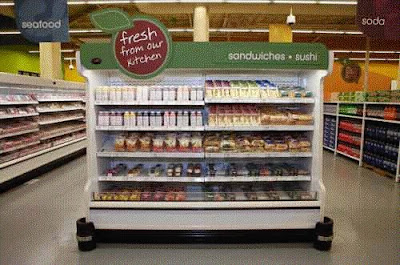 Tesco's Fresh & Easy Neighborhood Market senior management has issued a statement in response to analysis by various observors that its USA Fresh & Easy small-format grocery store chain is currently underperforming in sales, and not meeting the retailer's projections, which calls for the stores to be averaging about $200,000 a week in gross sales at this point in time.

I am looking forward to Tesco's entering into the Northern California market. A very unique store format. I am familiar with Tesco's successes while studying the International market. Thank you Tesco,
I hope to have a market in my neighborhood soon.