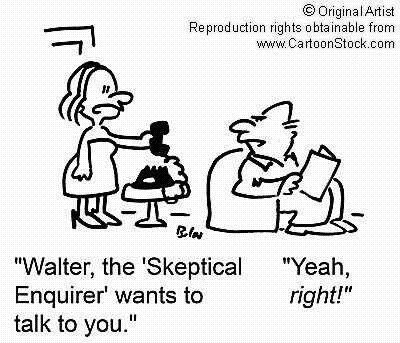 The red flags regarding this study are flying at full-mast. They're flapping fully in the wind like a great-winged Golden Eagle with the wind at its back.
We know of no research firm or investment bank that would conduct a study, release its "results" and conclusions to only one publication, the Financial Times, but not make the data and "results" and conclusions of said study available to other publications, especially when the results of such a study are so favorable to a company, like those Executive Research Ltd. has drawn from its research on Tesco's Fresh & Easy U.S. grocery stores.
This "study" folks is a moot point unless the firm publishes it--the actual interview questions, the methodology, interview procedures, the analysis and results--online for all to read and analyze.
In fact, at this point in the game it would even be difficult to take such a published study seriously because of the closed-door and elusive nature of the researchers in terms of how they've handled the research to date, and how the study was actually conducted and its conclusions arrived at.
We think Tesco agrees with that analysis. Why?
To the retailer's credit, it's been a week after Executive Research Ltd. had the piece published about the conclusions, without any data included, in the Financial Times, and Tesco's Fresh & Easy hasn't attempted to garner any publicity from the firm's proclamations that not only is Fresh & Easy "America's New Cult Retailer," but that the majority of the 700 customers interviewed outside the stores said Fresh & Easy offers fresher foods than Whole Foods Market and Trader Joe's, and offers lower prices and better value than Wal-Mart.
One of the Executive Research Ltd. staffers interviewed by the Perishable Pundit's Ms. Slott told her Tesco knew about the study beforehand. Assuming it's true, it's even more interesting that Fresh & Easy Neighborhood Market's marketing and PR team hasn't issued a press release about the glowing results and conclusions, nor attempted to seek publicity about them.
Perhaps they too see a red flag or five regarding the research?
Hat's off to the Fresh & Easy team for not making the mistake thus far of jumping on what from the start looked like a bandwagon missing its wheels in the form of the Executive Research Ltd. customer-based study of Tesco's Fresh & Easy grocery stores.
There's a reason serious researchers disclose the methodology, how they conducted the research, and the quantitative analysis and results of any survey or interview study. That reason is because they want their work taken seriously.
We don't take Executive Research Ltd.'s study, in which they conclude Tesco's Fresh & Easy grocery stores have fresher foods than Whole Foods and Trader Joe's, and offer more value than Wal-Mart, seriously. Fresh & Easy just might have all those things; but not based on the methodology-less and data-less Executive Research Ltd. study's conclusions.
In fact...How do we really know an actual study was conducted? [We emailed the lead reporter of the Financial Times' story on Tuesday, May 13, asking if she saw and reviewed an actual hard copy or online version of the complete study, and if she had it in electronic form would she consider emailing a copy to us to review. Unfortunately, we haven't received a response to date.]
Of course, should the research firm publish the complete study online, including its methodology, interview procedures, detailed analysis and quantitative rational for the conclusions backed with real numbers and data, we're willing to take a second--well actually a first since the only report about its conclusion to date is the Financial Times story, along with the other publications which reported on what the FT reported on--look. But, we will do so with all those red flags flying at full-mast in a skeptical form of inquiry.
Posted by Fresh & Easy Buzz at 11:21 AM